A Salute to Paul Goble: Featuring Paul Goble's Prognoses on the Future of the 'Eurasian Heartland' 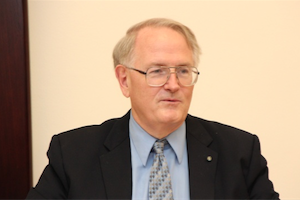 A Salute to Paul Goble:
Featuring Paul Goble's Prognoses on
the Future of the 'Eurasian Heartland'

This special forum, organized jointly with The Jamestown Foundation, will honor Paul Goble, eminent scholar and expert on Eastern Europe and Central Asia.  Paul will share with us his view on the prospects of states and people in this important strategic region, which includes the Caucasus and Central Asia, as well as the Baltic countries and Ukraine. Several of Paul's long-time friends, colleagues, and professional associates will comment on his intellectual contribution to the study of the area stretched from Eastern Europe to Western China.

Video recording of the special event is now available on the SAIS Events YouTube channel.

CANCELLED: Paul Goble on the Future of Post-Soviet Countries, with a Special Ceremony: "A Salute to Paul Goble" 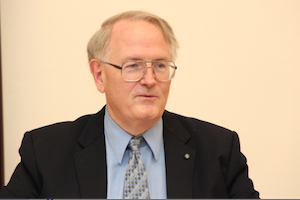 CACI Forum with the Jamestown Foundation

We have learned from Paul Goble that he has experienced medical complications and has therefore been admitted to the hospital for observation. Because of this, he will not be able to travel to Washington for the Forum and associated events on Monday.

CACI will reschedule the Forum as soon as we receive an "all clear" from Paul Goble.

Meanwhile, his many friends send him warm wishes for a quick return to his normal routine.