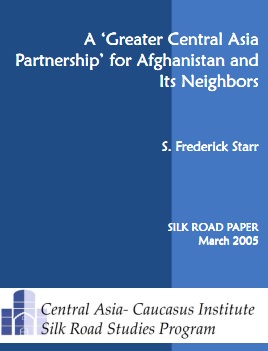 Afghanistan Beyond the Fog of Nation Building: Giving Economic Strategy a Chance

The Key to Success in Afghanistan - A Modern Silk Road Strategy

CACI FORUM: “The New Silk Road project: a new strategy for Afghanistan and Central-South Asia or a surrogate for one?”

“The New Silk Road project: a new strategy for Afghanistan and Central-South Asia or a surrogate for one?”