Rethinking Greater Central Asia: American and Western Stakes in the Region and How to Advance Them 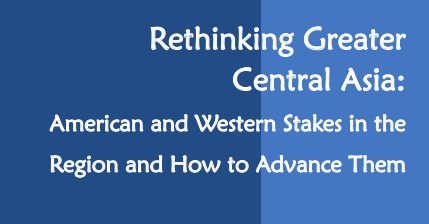 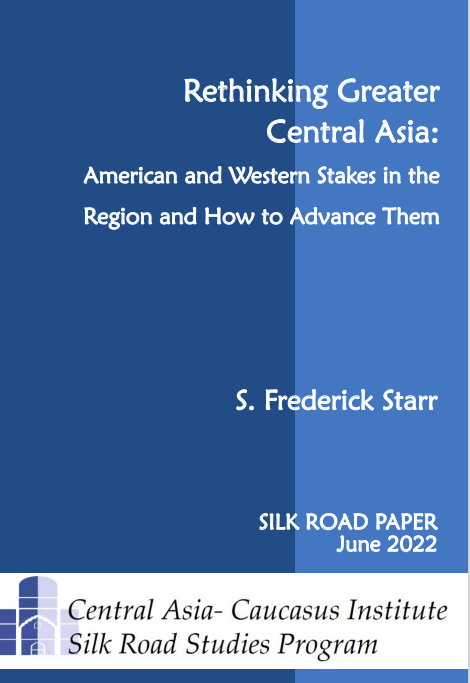 Greater Central Asia is reeling from the twin shocks of the U.S. withdrawal from Afghanistan and Vladimir Putin’s invasion of Ukraine. The chaotic U.S. withdrawal risks postponing indefinitely Central Asian efforts to escape the region’s key geography-induced challenge – its landlocked status – as the prospect of building direct links to the world seas through that country now seem bleak. Russia’s aggressive behavior in Ukrainesuggests it could be poised to assert itself in Central Asia as well, benefiting from Central Asia’s inability to connect directly to the world economy. These events, to which China’s growing role in the region should be added, suggest that U.S. and EU approaches to the region –governed through relatively recent strategy documents – must be rethought.

The Afghan government formed in 2002 had worked with international funders and partners to reopen the ancient corridors to the South and to transform them into modern roads and railroads supplemented withpipelines for the east-west shipment of gas and north-south power lines for transmitting electricity. A new era of connectivity seemed to be dawning across the region. These developments held great promise for  Central Asian states, as their dependence on trade routes through Russia undergird Russia’s geopolitical dominance in Central Asia. The U.S. withdrawal from Afghanistan and the Taliban takeover, however, seemedto dash hopes for such an opening to the south, turning Afghanistan from a potential hub of continental trade once again into a cork blocking the transport of goods, services, and energy in every direction. But this diresituation is neither immutable nor final. This paper explores the ongoing efforts to open a Central Asian window across Afghanistan and towards unlocking the region’s economic potential through the transport of goodsand energy, as well as the impediments that have to be overcome, and signs of movement towards addressing them.

From 2002 to 2021, numerous project to build transportation corridors were conceived, and many were completed or were in the process of being implemented. The U.S. focused on rebuilding infrastructure withinAfghanistan itself, including routes connecting Kabul with Kandahar in the South and Mazar-e-Sharif and Herat in the North and West. The U.S. also constructed a new bridge over the Pyanj river to Tajikistan. The AsianDevelopment Bank got involved in efforts to restore Afghanistan’s railroads. Afghanistan also rebuilt old airports and constructed new ones, boasting 46 airports in 2020. While American interest waned over time,others became engaged. Turkmenistan, Uzbekistan, and Iran all entered into agreements with the new Afghan government to link their railroad networks. Joined by Azerbaijan and Afghanistan, Turkmenistan dubbed itsnew railroad line the “Lapis Lazuli Corridor,” which would link Turkey, the Caucasus, Pakistan and India via Afghanistan. Meanwhile, the TAPI pipeline project connecting Turkmenistan with Pakistan and India was moving ahead slowly. Electricity projects were also proliferating, with Uzbekistan working to provide Kabul with electricity and the World Bank developing a large project to transmit electricity from Kyrgyzstan andTajikistan via Afghanistan to Pakistan.

To sum up, it is clear that Afghanistan was making solid progress towards reemerging as a regional transit and logistical hub for fields as diverse as manufactured goods, agricultural produce, electricity, and natural gas. While this began as a top-down initiative of the U.S. Army and the government of Afghanistan, it soon diversified to the point that it included all of Afghanistan’s neighbors in Central Asia, other governmentsfrom Europe to Asia, major international financial institutions, private corporations, and entrepreneurs in many fields. The entire region was on track to gaining a sustainable “window to the sea,” with vast economicand geopolitical benefits.

But in parallel, others pursued their own projects, sometimes to the exclusion of both Afghanistan and Central Asia. Russia worked with Iran and India on a “North-South” transportation link focused on the Iranian port of Chabahar. Meanwhile,  Beijing proposed extending its Karakorum highway to Pakistan clear to the Arabian sea, turning the fishing village of Gwadar into a major port. The heart of this extended route was to be a new railroad line that would extend from Urumqi and Kashgar in Xinjiang to Gwadar. Both projects – in which Central Asian states cooperated – sidestepped Afghanistan. While these initiatives were useful to Central Asians, they served mainly Russian and Chinese interests and did not advance the Central Asians’ core strategic goal of opening the most direct window to the south towards South and Southeast Asia. Unfortunately, the United States and Europe displayed a remarkable passivity regarding the development of rail and road links between the five Central Asian countries and the South via Afghanistan.

The unrest in Afghanistan following the U.S. withdrawal at first seemed to validate and advance the routes being promoted by China and Pakistan to the east of Afghanistan and by Russia and India to its west. However, it turned out that both of these faced unanticipated problems and even today remain many years away from completion. This led the Central Asian countries to seek some kind of minimal accommodation with the Taliban that would at least advance the cause of trans-Afghan transport. This mirrored efforts by non-Western powers like China, Russia, Qatar and particularly Turkey to engage the Taliban government, and effectively extend quasi-recognition to it. Uzbekistan and Turkmenistan have been particularly active in this regard, but the non-involvement of international financial institutions makes the prospects of success limited.

Going forward, Central Asians must reckon with three worrisome problems. First is the unresolved status of the new government in Afghanistan, whose political failure or economic collapse would end all their progress on transport. Second, they lack the degree of  intraregional cooperation and coordination needed to make their combined efforts more than the sum of their individual projects. Third and most important, neither individually nor collectively do they command the requisite resources to accomplish their project, nor will they unless foreign friends and international financial institutions come to their aid. But unless their efforts move forward, all five of Central Asian states may be forced irrevocably into the orbits of Russia, China, or both.

To forestall such a scenario, Washington and its allies must recognize that if they allow transport corridors from Central Asia to the South to remain closed and undeveloped, they will effectively consign the region’s five sovereign states to the tender mercies of Russia or China. There is a prevailing view in the West that poses a stark choice between recognition and non-recognition of the Taliban government. This excludes all intermediate positions, and thus denies to America and its allies a host of potentially productive steps along the path forward. Among these would be to discuss with Central Asian partners their emerging security concerns and to explore the many ways in which these coincide with America’s larger strategic interests. At or near the top of any such list would be the transport of goods, electricity, and gas from Central Asia across Afghanistan to consumers or ports further afield.

Such initiatives do not necessarily amount to a back-door path to diplomatic recognition of the Taliban government. An embrace of Central Asia’s trans-Afghan transport project should be seen as a way to test Taliban intentions, their ability to evolve, their readiness to honor agreements, and their commitment to the welfare of the Afghan populace. The alternative is for America and its allies to be completely sidelined, while Moscow and Beijing move in with ever more influence.

New U.S. and European approaches must take into account the role of Turkey and Gulf States, who remain engaged in Afghanistan. Such a strategy offers Washington a second chance, both with respect to the five countries of Central Asia and, collaterally, to Afghanistan itself. With no commitment to present or future diplomatic recognition of the Taliban government in Kabul, it will create for the United States a constructive role throughout the region, thereby preventing a power vacuum in a vast territory which both Russia and China view with geopolitical avarice. This will signal to both Moscow and Beijing that the American “pivot to Asia” includes all five of the former Soviet states of Central Asia and does not necessarily exclude Afghanistan.