Between Eurasia and the Middle East: Azerbaijan's New Geopolitics

Between Eurasia and the Middle East: Azerbaijan's New Geopolitics 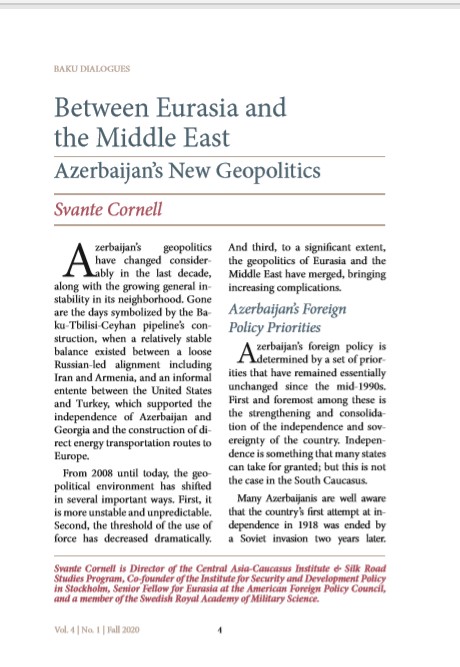 Azerbaijan’s geopolitics have changed considerably in the last decade, along with the growing general instability in its neighborhood. Gone are the days symbolized by the Baku-Tbilisi-Ceyhan pipeline’s construction, when a relatively stable balance existed between a loose Russian-led alignment including Iran and Armenia, and an informal entente between the United States and Turkey, which supported the independence of Azerbaijan and Georgia and the construction of direct energy transportation routes to Europe. From 2008 until today, the geopolitical environment has shifted in several important ways. First, it is more unstable and unpredictable. Second, the threshold of the use of force has decreased dramatically. And third, to a significant extent, the geopolitics of Eurasia and the Middle East have merged, bringing increasing complications.