The United States must restore its leverage and credibility in the restive region caught between Russia, Turkey, and Ira 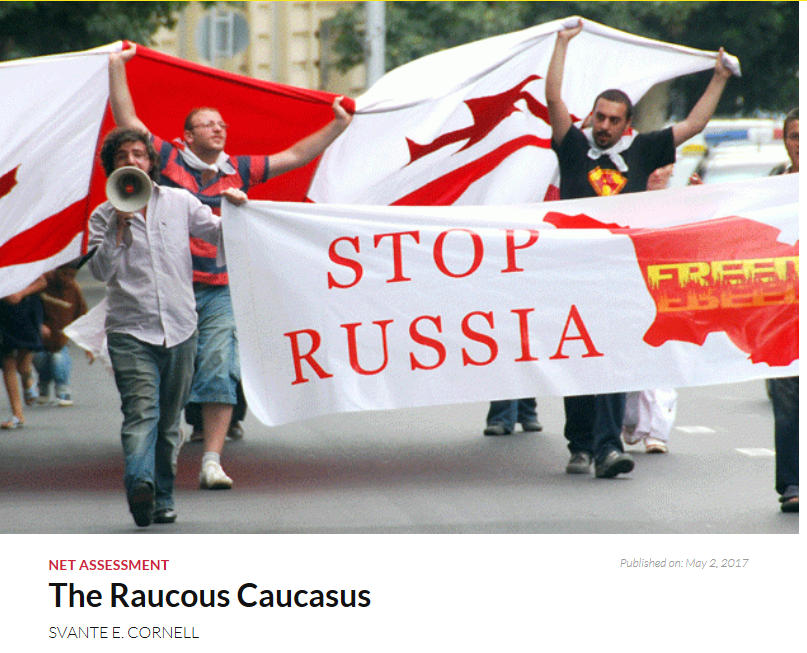 The news from the Caucasus that reaches the United States these days is mainly bad news. We hear reports of widespread corruption, human rights violations, or clashes between warring nations. In the case of the Russian North Caucasus, jihadi terrorists fight regional governments run by pro-Russian thugs. Why, then, should such a small sliver of territory, with perhaps 20 million people, deserve treatment in a net assessment survey? The answer is that the importance of the Caucasus has never lain in its numbers or size, but rather in its role as a geographic, cultural, and geopolitical crossroads. As in the days of the Mongols or Tamerlane, or of the rivalries between the Czarist, Ottoman, and Safavid empires, so today the Caucasus is a meeting point, a bridge or a barrier, between east and west and north and south—between Europe and Asia, and between Russia and the Middle East.

Locked up under Russian rule since the early 19th century, the Caucasus has slowly but surely regained its place on the world scene. That process remains mired in a series of unresolved conflicts between its component nations, which seem increasingly to flare up at the least opportune moment. And given the growing volatility of the surrounding region, these conflicts have increasingly become part and parcel of the great-power politics not only of Russia, Turkey, and Iran, but also of Europe and America.

Despite deep divisions and differences among themselves, the three states of the Caucasus—Armenia, Azerbaijan, and Georgia— all seek close relations with the United States. Indeed, in the 15 and a half years since the September 11 terrorist attacks, these countries have provided a reliable access route to Central Asia and beyond. Today, the region is sandwiched between several of the key challenges reshaping the European security environment: Russia's aggressive expansionism, the Islamic radicalism emanating from the Levant, Iran's ambitious meddling in the Middle East, and the turmoil tearing Turkey apart. Surely, all of this should lead the United States to pay attention to the region, and to develop coherent policies toward it.

Yet in the past decade, the opposite has happened. While the United States had considerable influence in all three states ten years ago, Washington no longer has anything remotely resembling a policy toward the Caucasus as the Obama era gives way to the Trump period. As a result, U.S. interests and desiderata no longer feature prominently in the decision-making of regional leaders. The results speak for themselves: In 2013, Armenia ditched a draft agreement that would have brought it closer to the West for Vladimir Putin's Eurasian Union. As for Azerbaijan, the U.S. relationship with the only country bordering both Russia and Iran deteriorated almost to the breaking point in 2015. Even in Georgia, only recently a success story and the darling of U.S. Democrats and Republicans alike, the country's leader no longer finds it necessary to include tried and trusted pro-Western figures in his electoral coalition.

Simply put, the United States has all but disengaged from the Caucasus. Predictably, nothing in the region has gotten better as a result, and many things are worse. The most obvious example was the large-scale fighting that erupted between Armenia and Azerbaijan in April 2016, leading to several hundred casualties and prompting fears of a new all-out war. Indeed, if the current trajectory is not reversed, no one in Washington should be surprised if events in the Caucasus bring further trouble, affecting the stability of and America's long-time interests in the broader region. Read more

Svante E. Cornell is the director of the American Foreign Policy’s Central Asia-Caucasus Institute, and co-founder of the Institute for Security and Development Policy in Stockholm.

Image attribution: www.the-american-interest.com, accessed on May 31, 2017