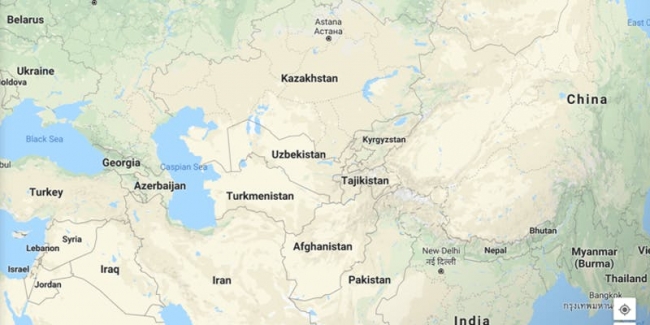 On October 24, 2018, the Central Asia-Caucasus Institute (CACI) at the American Foreign Policy Council hosted a Forum entitled, “Can Regionalism Drive Development in Central Asia?”. Speakers included CACI Chairman Frederick Starr, Lead Economist in the World Bank’s Europe and Central Asia Region David M. Gould, and Rohullah Osmani of the Asian Development Bank’s North America Representative Office. CACI Senior Fellow Mamuka Tsereteli moderated the event. During the Forum, the speakers addressed a number of topics, including the history of regionalism in Central Asia, the economic benefits regionalism will bring, and how international institutions such as the World Bank and Asian Development Bank are contributing to economic development.

CACI Chairman Frederick Starr began the Forum by introducing and providing perspective for common misconceptions about regionalism in Central Asia. He started by describing that the inhabitants of Central Asia are descended from two very different but interconnected ways of life: nomadic peoples and sedentary oasis-dwellers. This deep tradition of interdependence demonstrates that the diversity of the Central Asian peoples would not hamper regionalism. Another misconception he addressed was that the Central Asia region encompasses a vast number of different languages and ethnicities. He refuted this with the case of the Fergana Valley, which spreads across Uzbekistan, Kyrgyzstan, and Tajikistan. The valley’s inhabitants freely intermingle and share common cultural features despite their different languages and nationalities. Dr. Starr concluded his presentation with a history of regionalism in Central Asia. He argues that Central Asia’s modern regionalism was actually born under the Soviet Union; during the 1960s-80s, the Central Asia SSRs were intimately coordinated and managed to create a de facto autonomy. Finally, Starr demonstrates that regional elements have continued to exist since the Soviet Union’s dissolution. All five presidents have agreed on renaming the region “Central Asia” and making the region a nuclear-free zone.

World Bank representative David M. Gould gave a presentation of the recent publication, Critical Connections: Promoting Economic Growth and Resilience in Europe and Central Asia. In his presentation, Gould posited that connectivity and its relationship to economic growth should not be viewed in only one dimension (i.e. solely trade or migration), but rather multidimensionally. In other words, connectivity in one field, such as trade, foreign direct investment (FDI), migration, telecommunications, or transportation, complements connectivity in another. However, Gould also explained that if connectivity is multidimensional, then shocks in one dimension have adverse effects in other dimensions as well. Furthermore, countries that are more reliant on a single connection will be significantly more affected by these shocks. Gould identified this as a major concern for the region of Central Asia. Although connectivity is increasing, Central Asian countries are still very dependent on Russia. Gould concluded his presentation with a few recommendations: countries’ connections should be multidimensional and multinational, and a balanced connectivity profile is more important than being well connected in a single dimension. According to him, the remedy for shocks from connections is not isolation, but broadening the range of connections.

Asian Development Bank (ADB) representative Rohullah Osmani presented on the development projects that are connecting Central Asian countries. Osmani began by discussing the TAPI and TAP projects. He explicated that Central Asian countries face significant challenges that do not respect borders, such as the financial crisis, oil and gas crises, and climate change. To address these, he noted the newly launched Central Asia Regional Economic Cooperation (CAREC) 2030 strategy, which expands CAREC’s mandate and seeks to better help CAREC’s 11 member countries achieve the Sustainable Development Goals and Paris Climate Agreement targets. To support CAREC 2030, ADB has committed $5 billion for the next 5 years. Osmani concluded his presentation by noting the results of a survey by the Asia Foundation on the impact of infrastructure on public attitudes. The survey demonstrated a positive relationship between infrastructure, employment opportunities, and public optimism.

The Forum then opened up for questions. Much of the discussion from the speakers and audience during this period revolved around the question of why regionalism in Central Asia has not already happened. Starr provided two reasons: sovereignty and a lack of committed interest by international institutions. He explicated that these countries have only just become confident enough in their individual sovereignties and opening up to their neighbors. Then he noted that international financial institutions are not embracing the region as an analytical category and producing a significant amount of data. Gould disagreed with Starr’s critique, stating that while the World Bank does adequately focus on Central Asia on a regional basis and that these countries are still very hesitant to open up internationally. Although there were a variety of viewpoints presented at the Forum, the speakers agreed that a new era of regionalism is emerging among the Central Asian countries, and if these countries embrace this greater connectivity, they are sure to be host to economic benefits and development.

Clip of the Event Below. Check the CACI YouTube page for the remaining clips. 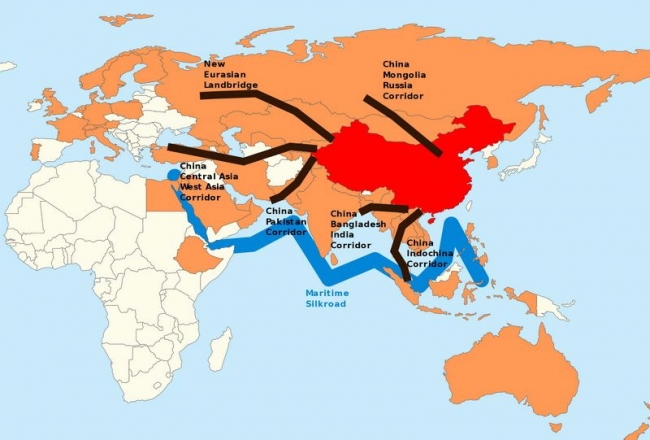 Co-sponsored by the Davis Center for Russian and Eurasian Studies and the Fairbanks Center for Chinese Studies at Harvard; and the Mossavar-Rahmani Center for Business and Government; and the Central Asia-Caucasus Institute at the the American Foreign Policy Council

Since its official launch in 2013, China's Belt and Road Initiative (BRI) has become a topic of intense research and and discussion. While there is no shortage of research projects on the features and implications of Beijing's massive investments in infrastructure connecting Asia with Europe and Africa, our understanding of linkages between China's activities in various geographic regions and emerging interdependencies is limited. This roundtable will gather experts on Chinese investments and policies in Europe, the South Caucasus and Central Asia (the Silk Road region of the BRI) to present a more comprehensive picture of Chinese-designed connectivity in Eurasia.

Roundtable participants will discuss the current responses by policy makers in the EU, the South Caucasus, Central Asia and the US to the BRI and the changing realities that it is producing. They will also propose their visions of what is desirable and feasible, taking into consideration the opinions of American and European officials regarding the importance of environmental standards and the need for a level-playing field for companies. The European Commission recently published the Joint Communication "Connecting Europe and Asia – Building Blocks for an EU Strategy" explaining its own approach to connectivity as sustainable, comprehensive and rules-based and enlisting its plans for raising investment to foster such sustainable connectivity. This promises to be a tall order--what role can (or should) the US play?

Philippe Le Corre is a Senior Fellow at the Mossavar-Rahmani Center for Business and Government at the Harvard Kennedy School. He is also a nonresident Senior Fellow with the Carnegie Endowment for International Peace and Associate with the Fairbank Center for Chinese Studies at Harvard. He was previously a Fellow with the Brookings Institution in Washington, and a Special Assistant for International Affairs to the French Minister of Defense. For the past five years, he has specialized on China-Europe relations, Chinese overseas investments and China's foreign policy, authoring many articles and reports, including the newly published "China as a Geoeconomic Influencer: Four Case Studies" (Carnegie Paper, 2018). His latest book, China's Offensive in Europe, was published by Brookings Press in 2016.

Mamuka Tsereteli is a Senior Fellow with the Central Asia-Caucasus Institute, part of the American Foreign Policy Council, based in Washington DC. He is a Senior Adjunct Professorial Lecturer at School of International Service at American University. He served as a Director, Center for Black Sea-Caspian Studies at AU between 2009-2013, and as an Assistant Professor at School of International Service in 2007-2011. Dr. Tsereteli is a member of the part time faculty at Johns Hopkins SAIS. His areas of interests include international relations and international economic policy, economic and energy security, political and economic risk analysis and mitigation strategies, and business development. Dr. Tsereteli previously served as Founding Executive Director at the America-Georgia Business Council, and Economic Counselor at the Embassy of Georgia in Washington, covering relationships with international financial institutions, US assistance programs and business initiatives.

Svante E. Cornell is the Director of the Central Asia-Caucasus Institute & Silk Road Studies Program Joint Center, and a co-founder of the Institute for Security and Development Policy, Stockholm. His main areas of expertise are security issues, state-building, and transnational crime in Southwest and Central Asia, with a specific focus on the Caucasus and Turkey. He is the Editor of the Central Asia-Caucasus Analyst, the Joint Center's bi-weekly publication, and of the Joint Center's Silk Road Papers series of occasional papers. Cornell is Senior Fellow for Eurasia at the American Foreign Policy Council. He is a member of the Swedish Royal Academy of Military Science, and a Research Associate with the W. Martens Center for European Studies in Brussels. He is a Senior Fellow with the American Foreign Policy Council and an Associate Research Professor at the Johns Hopkins University's School of Advanced International Studies. Formerly, Cornell served as Associate Professor of Government at Uppsala University. 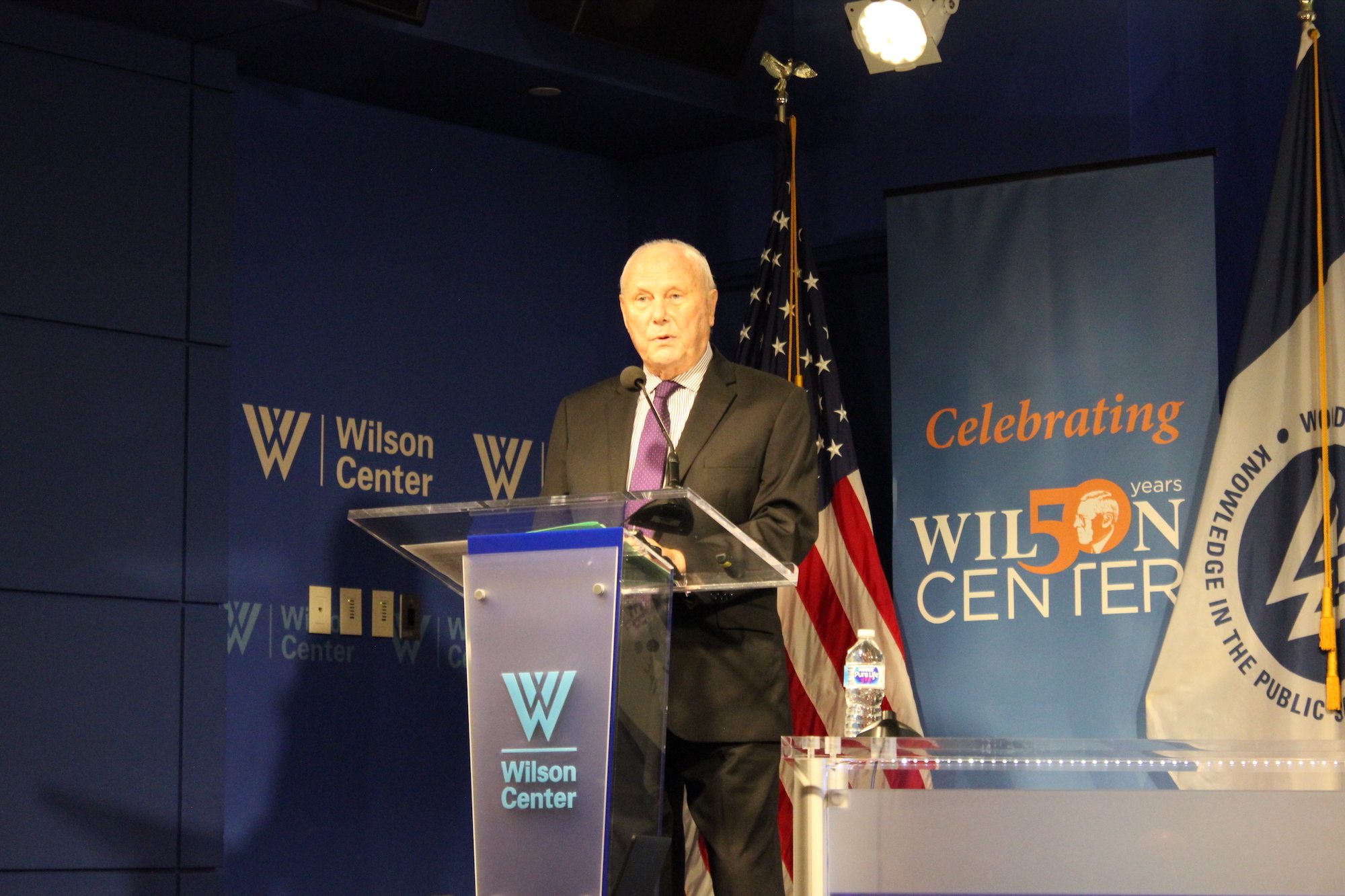 CACI Forum - Reform in Uzbekistan: A Turning Point for Central Asia and Beyond 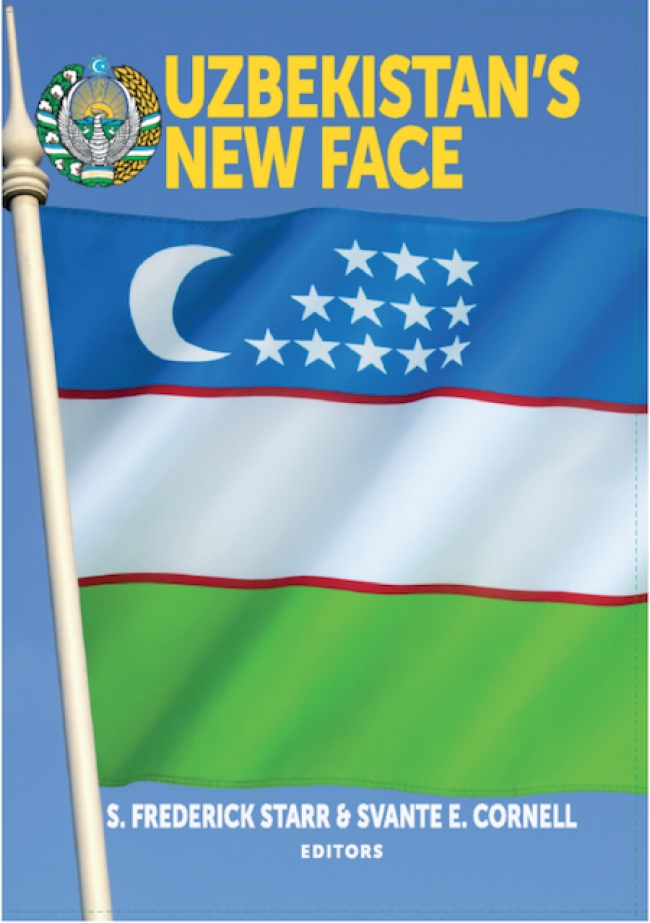 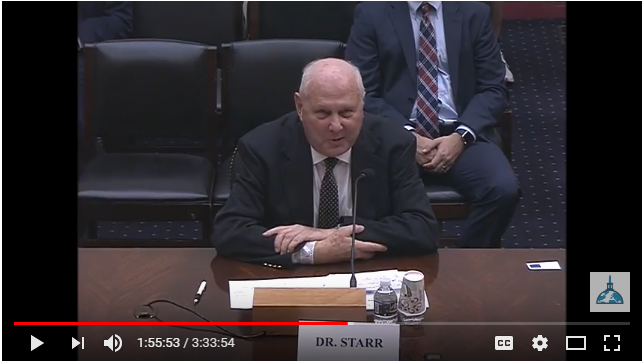