Religion and the Secular State in Kyrgyzstan Featured 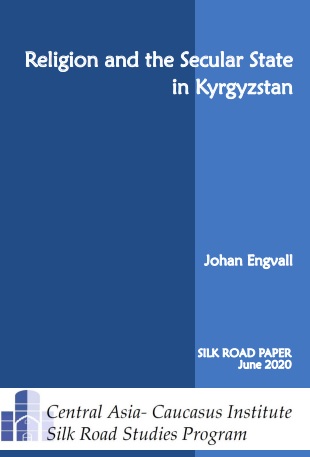 Since independence, religion has become ever more important as an identity marker in Kyrgyzstan, with increased practical relevance in the everyday lives of many citizens. This religious revival poses challenges for a state that, like the other Central Asian states, has remained secular after the fall of communism. For this Muslim-majority state, the challenge has been to sustain the secularism of the state that was instituted during Soviet times, while replacing the anti-religious prejudice that characterized the militantly atheist socialist system with tolerance and respect for all religions. How has this played out in the past three decades?

In the early years of independence, the government took a liberal approach to religion, and the number of mosques and religious schools expanded rapidly. Foreign sources of religious influences, including ideological and financial, met few restrictions and could flow into the country from Saudi Arabia, Turkey and the Indian Subcontinent. By its fifth anniversary of independence, the number of mosques in Kyrgyzstan had already grown to more than 1,000, and the burst of mosque-building has continued unabated since then, standing at 2,669 officially registered mosques by 2016. Kyrgyzstan counts far more Islamic educational institutions than its larger neighbors Kazakhstan, Tajikistan and Uzbekistan.

Meanwhile, many Evangelical missionaries arrived in Kyrgyzstan in the 1990s in order to attract converts to various Christian churches. Protestant denominations from Europe, North America and South Korea played a particularly active role and thrived under the liberal religious environment of the 1990s. Since the beginning of the 2000s, however, foreign missionaries became subject of stricter controls effectively halting their expansion.

While Kyrgyzstan’s first decade of independence was characterized by a liberal approach to the sphere of religion, measures have thereafter been taken to strengthen the government’s regulatory powers and take a less neutral and more proactive approach to religious matters. First, Kyrgyzstani laws and policies separate between what is referred to as traditional faiths, on the one hand, and non-traditional faiths on the other. The former – Hanafi Islam and the Russian Orthodox Church – are prioritized and given preferential treatment due to their historical influence on the development of Kyrgyz statehood. In particular, support of official Hanafism has attracted increasing policy attention. The government has taken upon itself the task to promote and safeguard the traditions and principles of Hanafism in order to stem the influence of international Salafist movements in the country and to ensure the cohesion of society. The distinction between beneficial religious traditions and allegedly harmful versions of religion has become an increasingly central part of the relationship between the secular state and religious communities.

Second, the government has instructed the chief religious institutions – the nominally independent Muftiate and the State Commission for Religious Affairs – to provide better control and monitoring of religious organizations, but also to engage in closer cooperation with them. State intervention into the activities of religious institutions is mainly justified on the grounds of preventing religious extremism. For example, the hardened legislation introduced in the religious sphere in 2008 was intended to restrict the activities of extremist foreign religious organizations, such as the banned global Islamist movement Hizb-ut-Tahrir.

The Islamic extremist threat first emerged on Kyrgyzstan’s political agenda in the late 1990s among growing fears that radical Islamic groups had established a presence in the religiously more conscious southern part of Kyrgyzstan. The threat became real in the summers of 1999 and 2000 when the Islamic Movement of Uzbekistan carried out armed incursions into southern Kyrgyzstan. Isolated terrorist incidents inside the country as well as radicalized citizens from Kyrgyzstan travelling to fight for the Islamic State and other jihadist groups in Syria have ensured that religious extremism and terrorism remain central factors in forming government policy in the religious field.

Kyrgyzstan’s political project of secularism has had to confront and adjust to an increasingly diversified religious situation. The country’s first president, Askar Akayev, initially took a rather laissez-faire approach to religion, while eventually driving state policy more in the direction of sheltering state and society from unwanted religious influences. His successor, Kurmanbek Bakiyev, continued and strengthened these policies as he mostly paid attention to Islam as a potential threat. While the third president, Almazbek Atambayev, was highly suspicious of foreign Islamic traditions, he endorsed traditional Kyrgyz Islam in public in a much more pronounced manner than his predecessors. Current president Sooronbai Jeenbekov appears intent on taking this rapprochement further by fostering a partnership between political and religious leaders.

In simple terms, three main attitudes can be identified in contemporary Kyrgyz society. First, there is the predominantly secular political, economic and intellectual elite in Bishkek. This once dominant group is gradually losing its position in a less secular society. Second, there is a large group of nationalist-minded Kyrgyz citizens who increasingly embrace moderate Hanafi Islam as part of that identity. Third, there are Islamic currents whose representatives try to convert existing Muslims to more conservative versions of Islam. It can be assumed that the relatively strong support for Sharia in Kyrgyzstan, reported in certain survey data, is located chiefly among this group.

Despite the fact that religious organizations are prohibited from interfering in the government of the state, Islam has become an increasingly potent factor in politics. As society has become more religious, Islam has become an important source of legitimization for politicians and a resource for the mobilization of voters. In the early years of independence, the rapid increase of mosques was largely the result of foreign investments, the continued proliferation is now mainly secured through the financial prowess of local sponsors, including members of parliament. This is a reciprocal relationship. Clerics use their political connections to build up their own power bases. Politicians, in turn, enjoying clerical support strengthen their local electoral base.

In this light, Kyrgyzstan stands at a crossroads; sooner or later there will be a power shift away from the Soviet generation that has governed the country since independence. The question is, what comes with a new generation in power, and whether a post-Soviet generation of leaders will maintain the separation between politics and religion. Much depends on which of the three above-mentioned groups will constitute the backbone of future decision-makers.