Putin's Grand Strategy: The Eurasian Union and its discontents 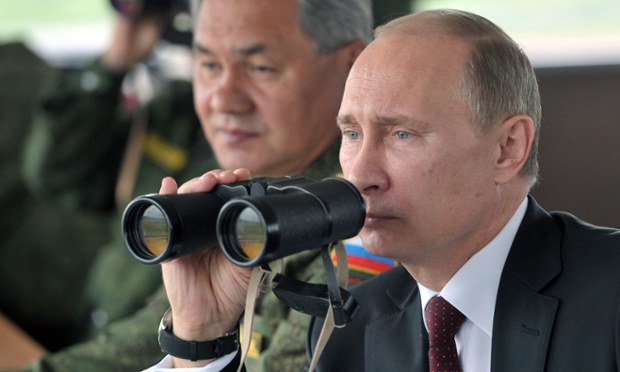 Bringing together a group of leading American and European experts, this is the first book-length study of Russian President Vladimir Putin's effort to create a Eurasian Union. The book indicates the ideological origins and character of this project; focusing not only on Putin's strategic objectives but the tactics he employs to achieve them. 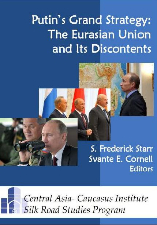 The volume stresses the high degree of coordination that has been achieved among sectors of the Russian state that are accustomed to function as sovereign bureaucracies. Subsequent chapters analyze the response of eleven post-Soviet states to Putin's initiative, as well as the attitudes towards it of China, Europe, and the United States. The book suggests that the project, if successful, would jeopardize the gains of two decades of independence in countries ranging from Moldova to Tajikistan, but also traces the processes by which those potentially affected have already worked to limit, dilute,and even undermine it even before it comes into being.

3- The Customs Union and Eurasian Union: A Primer
Richard Weitz

5- The Economics of the Customs Union
Richard Pomfret

9- Kyrgyzstan and Tajikistan: Next in Line
Johan Engvall

16- Out of Focus: The U.S. Response to Putinism
S. Frederick Starr